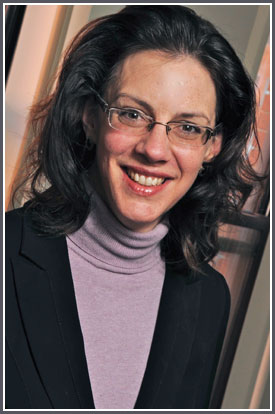 As the proprietor of the Law Offices of Kristin Hoffman, LLC, Attorney Hoffman practices exclusively in U. S. immigration law in Hartford, Connecticut. She is fluent in Spanish.

Attorney Hoffman began her legal career serving as an accredited representative for the International Institute of Connecticut in 1993. Over the course of her career, she has represented individuals and families from around the world. She helps families reunite and she assists immigrants seeking asylum, naturalization and other immigration benefits. She also represents immigrants facing deportation as well as immigrant victims of domestic violence. Her pro bono work in representing this latter group has won recognition from the Connecticut Bar Association.

Attorney Hoffman has been an active member of the American Immigration Lawyers Association and served as the Chair of its Connecticut Chapter from 2007 to 2009. From 2008 to 2016, she had served on the Board of Directors for Greater Hartford Legal Aid, Inc., a non-profit agency that provides free legal representation to clients living in poverty. The agency’s mission is to provide representation in civil legal issues in order to achieve equal justice for poor people and to address the effects and root causes of poverty. Through her leadership roles, she has lobbied U. S. Senators and Representatives for comprehensive immigration law reform.

In 2008, the University of Connecticut recognized Attorney Hoffman’s outstanding achievements by naming her one the top 40 alumni under the age of 40, along with U.S. Congressman Christopher Murphy of Connecticut, basketball star Emeka Okafor of the Charlotte Bobcats, and other prominent figures within their professional worlds of science, education, business, the arts, law, engineering, social services, medicine, agriculture, health care, philanthropy, government, and athletics. Attorney Hoffman has received a rating of "Excellent" on Avvo, an online directory that independently rates the professional quality of lawyers and doctors.